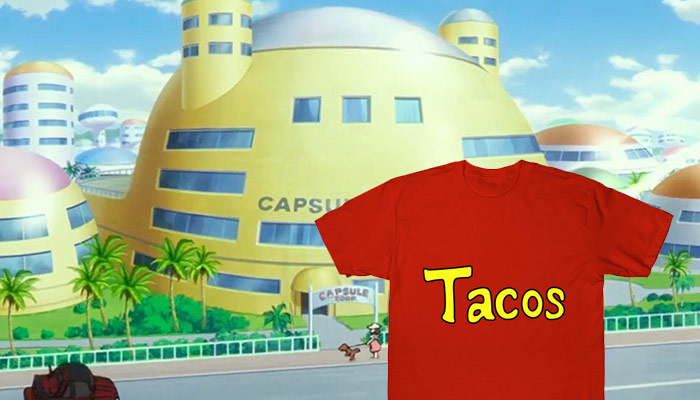 Was Krillin’s taco shirt ever explained by TOEI?

Toei never officially explained why Krillin’s shirt says, “Tacos”. Fans have speculated that it could be because DBZ is big in Latin America and tacos are a Mexican dish.

Other fans have speculated that it could be the start of the word Takoyaki, but I’m not sure that makes sense sense.

Disclosure: When you buy through links on our site, we may earn an affiliate commission.

Why does Krillin wear a Tacos shirt?

There’s really no reason why Krillin wears a tacos shirt in Dragon Ball Super other than it looks cool. Can’t a man just be about tacos?

Krillin wears a shirt that says tacos, a funny english word, just like how dudes in the West wear shirts with Japanese Kanji.

Where Can I Buy Krillin’s Red Tacos Shirt

If you want to buy it, here is the link for The Red Tacos shirt from Dragon Ball Super.