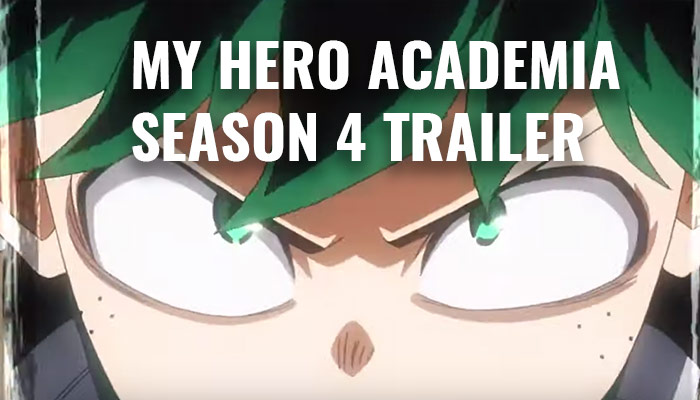 When Will Season 4 Start?

FUNimation announced that the much-anticipated fourth season of My Hero Academia would launch on October 12, 2019, in Japan. They will also be debuting the premiere episode at Anime Expo on July 6, 2019.

What About in the USA?

FUNimation also confirmed that they licensed the fourth season and will be streaming outside of Japan as the episodes are released.

How Many Episodes of BNHA Season 4?

Season 4 is confirmed to have 25 episodes.

FUNimation released the first trailer for season 4 of My Hero Academia. It was quickly translated by @aitaikimochi on Twitter. You can view the trailer below.

BOKU NO HERO ACADEMIA SEASON 4 WILL BEGIN ON OCTOBER 12TH!!!

At the end of season 3, we saw Midoriya get his provisional hero license. In season 4 we see some new characters from the manga along with his upperclassmen: Mirio Togata, Tamaki Amajiki, and Nejire Hado.

After reading these chapters in the manga, I’m pretty hyped to finally see this get animated. Let me know what you want to see this season in the comments.