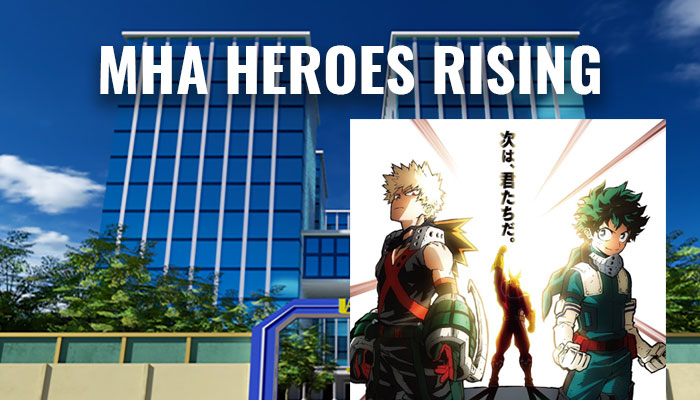 My Hero Academia: Heroes: Rising is the name of the upcoming second MHA / Boku no Hero Academia (BNHA) movie. New details about the film and its new villain are in the subbed trailer below.

What We Know About the Movie

From the official summary, we know that the story takes place in the winter. Class 1A is told by All Might that they are a part of a project to raise the next generation of heroes. They’re sent to do hero work on an island south of Japan.

The student heroes are soon interrupted by a number of villains who are led by Nine. We are introduced to Nine, the new main villain in the teaser trailer.

That night something awakens on the island. Class 1A will need to combine their strength to defeat Nine.

Kohei Horikoshi, the creator of MHA stated that this would be the “final chapter”. He said that this movie will take parts from what he intended as the original ending for MHA. I think it’s unlikely that this will be the true end of MHA, as Hori has also mentioned doing a time skip.

What do you think? Is this really how MHA ends? Check out our write up on MHA: Two Heroes and if its canon.